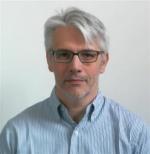 Gianluca Setti received a Ph.D. degree in Electronic and Computer Engineering from the University of Bologna in 1997.From 1997 to 2017 he was with the School of Engineering, University of Ferrara. Since 2017 he is a Professor of Electronics for Signal and Data Processing at the Department of Electronics and Telecommunications (DET), Politecnico di Torino.